Our city has lost a great philanthropist, leader and businessman. Ralph Marek’s 95 years were marked by his generosity and entrepreneurship, both in business and in the community. Board Chairman of Marek Family of Companies, owner of Stanley Construction & Development, and President of Marek Family Foundation, Marek was a longtime member of Houston Furniture Bank’s Advisory Board. He dedicated his life to improving the lives of those less fortunate, using his success as a businessman to give back to his community and uplift underserved Houstonians. He also served on the Advisory Boards of the Dominican Sisters, St. Pius X High School, the Diocesan Development Board and both the Assumption and St. John Neumann St. Vincent de Paul Societies as well as on the Advisory Board of the Houston Furniture Bank.

One of Houston Furniture Bank’s first and most steadfast supporters, Ralph Marek’s support goes back to the very beginning. In 1992, he donated our very first truck, allowing us to deliver furniture to families in need. This support would continue for decades to come. Houston Furniture Bank’s Director, Oli Mohammed, reflected on Marek’s unconditional dedication to individuals in need. “He had a unique way of helping people,” he recalled. “He helped people in the community by helping them find housing and employment.” Marek supported Houston Furniture Bank in a time of need as well. In 2015, when our building was destroyed in a fire, Marek was instrumental to the capital campaign to build Houston Furniture Bank’s current building at 8220 Mosley Rd. “Ralph was the man who inspired the board by being the first big donor in the Capital Campaign,” recalled Mohammed. Thanks to the support of Ralph Marek, Houston Furniture Bank is now an established institution of our city, able to serve tens of thousands of families with furniture assistance over the years.

Ralph Marek last visited Houston Furniture Bank in the spring of 2019 as our organization celebrated its 27th year of Making Empty Houses Homes. At the age of 94, in a wheelchair and assisted by his caring nurse, Marek visited with long-time employees and board members, greeting people by name, sharing memories and congratulating everyone on their good work. Ralph Marek will be greatly missed but his memory will live on in the work we do. “As we continue to serve our neighbors, as Ralph did throughout his life, we are strengthened by the belief that Ralph Marek is now our guardian angel.” said Oli Mohammed. 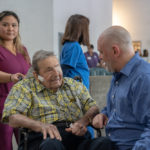 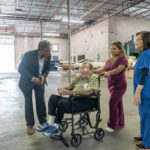 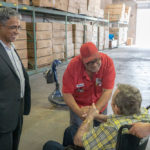 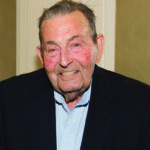