Managing Director of financial services company Raymond James and Chairman of the Board of Directors for Houston Furniture Bank, also known as “Captain Cash” on local radio station KTBZ-FM “The Buzz”, Hal has been involved with the Furniture Bank since its inception in 1992, joining the board in 2004 and becoming Board Chairman in 2006. His leadership skills are moving the Houston Furniture Bank to be a self-sustaining non-profit, with a focus on re-use and recycling.

Larry Cress has been involved with Houston Furniture Bank since 2000 and serves as Director of the Mattress Recycling Center. Cress is also CEO/President of New Tech Global Companies. A registered petroleum engineer, he graduated from Texas A&M in 1976 and has over thirty-six years of drilling and completion experience. Additionally, he is CEO of Wild Stallion Vineyards located in Spring, Texas. He and his wife Karen are active members of Faithbridge Community Church in Spring, Texas.

Pat Duffy is President of the Houston Office of Colliers International. He has over 34 years of experience in commercial real estate as a producing broker, educator, sales manager and managing broker. Duffy enjoys assisting people with creating strategic and tactical plans, leveraging his broad-based commercial brokerage background as a practitioner, manager and instructor. As President of the Colliers Houston office, Duffy has direct responsibility for recruiting, training and managing the sales and leasing teams, property management, business plan creation and coordination for the company.

A native Texan, Tom Harwell attended high school and college in Houston. He began his career as a general manager with Sunbelt Hotels, later joining John Q, and eventually Hammons Hotels as Regional Vice President of Operations. Harwell has successfully managed a 2,300-room portfolio of properties, including many golf resorts. Harwell has served on the board of numerous industry organizations, including the Hotel Lodging Association of Greater Houston, Broward County Hotel Association, Beaumont Hotel and Motel Association, Greater Heights Chamber of Commerce and the Greater Houston Convention and Visitors Bureau.

Annie Lidge has 40+ years of experience in the engineering, procurement and construction industries, beginning her career with the Fluor Corporation in the 1970’s. In 2009, Lidge became Senior Manager of Corporate Procurement and Contracts at the Sugar Land location. She was appointed Fluor’s Corporate Supplier Diversity Program Manager in 2013 and has since established program committees made up of volunteers, recruited and trained program champions and developed a thriving supplier diversity program. Lidge is a member of the ISM, Fluor Cares Community Relations, and GROW (Growing Representation and Opportunity for Women).

Miles Marks is Director of Client Development in the Wealth Management division of Avalon Advisers. In 1998, Marks became President and CEO of the 12th Man Foundation, where he served for 15 years. Prior to his role at A&M, he was a banker with the Texas Commerce Bank / Chase Bank of Texas organization where he worked for 12 years. Marks is active at Second Baptist Church, serves an Advisory Director of Cadence Banks, is a member of the Ambassadors Council of the 12th Man Foundation at Texas A&M as well as the A&M System’s Chancellor’s Century Council and joined the Houston Furniture Bank Board in 2016.

Jeanne Mayo served as General Counsel of the Harris Center for Mental Health and IDD, from 1994 – 2017, serving as the attorney for Houston Furniture Bank while under its auspices. In 2003, Mayo provided the legal assistance needed to establish Houston Furniture Bank as an independent non-profit entity, also serviung on its board. Mayo presently serves on the Board of the Harris Center for Mental Health and IDD Foundation. She has been employed as an attorney for the US District Courts for the Southern District of Texas and the US Fifth Circuit Appellate Courts as well as the Harris County District Attorney’s Office. She earned her B.A and M.S. degrees in psychology from Trinity University in San Antonio and her J.D. degree (Magna Cum Laude) from South Texas College of Law. She is licensed as a clinical psychological associate by the Texas Board of Examiners of Psychology and as an attorney by the State Bar of Texas.

Frank Monacelli holds a Masters Degree in Public Administration from Oklahoma State University. He worked with General Telephone & Electronics Company and M.W. Kellogg Company before joining Nino & Associates, Inc. in 1987. There, his expertise in Relocation and Human Resources complemented the residential real estate home-finding services of both Nino Realtors and Nino Corporate Lodging. Monacelli holds a Texas Real Estate Broker’s license and is a Certified Relocation Professional (CRP). Monacelli served on the board of YES College Prep School and Houston Relocation Professionals. 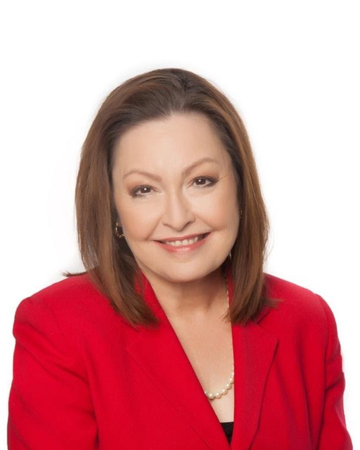 Minerva Perez is a Co-Host, Executive Producer, and Partner of the Multimedia “Latina Voices: Smart Talk”. She is also Owner/President of Minerva Perez Media, LLC, a video production/communications firm. Minerva became the first Latina news anchor at KTRK TV/ABC 13 in Houston, as well as at KTLA TV in Los Angeles. She has won two Golden Mike Awards, a Cesar Award, a Los Angeles Press Club Award, and three California Emmy nominations, as well as several awards and numerous accolades from community organizations. Minerva has also been featured in the textbook Juntos (Prentice Hall) as one of three Texan Hispanic role models, including the former Archbishop of San Antonio and the former HUD Secretary/Mayor of San Antonio. A Lone Star native, Ms. Perez grew up in the Rio Grande Valley and is a graduate of the University of Texas at Pan Am with a degree in Mass Communications/Spanish and continued studies at Rice University.

A master tailor and entrepreneur, George Russell is founder and owner of First Impression Custom Clothes in Bellaire, Texas. Russell is known for his attention to detail and his firmly held belief that “you will never get a second chance to make a first impression.” He creates custom, tailored clothing for Houston’s my stylish citizens, helping translate their personal style with confidence. Originally from Sidwell, Louisiana, Russell lives in Houston with his wife Angela Russel. George is father to three boys; Kendirck, George and Alexander.

Retired Executive Director of the The Harris Center, Dr. Schnee fostered the foundation of Houston Furniture Bank in 1992, serving patients transitioning out of mental health facilities. When these services were extended to other agencies in 1995 and in 2003, Dr. Schnee helped establish the independent Houston Furniture Bank. Dr. Schnee serves as Director on several boards including Harris County Healthcare Alliance, Network of Behavioral Health Providers and Homeless Youth Network. Among many leadership positions, Schnee is a member of the QUAD Agency and the Annie E. Casey Foundation Executive Steering Committee. 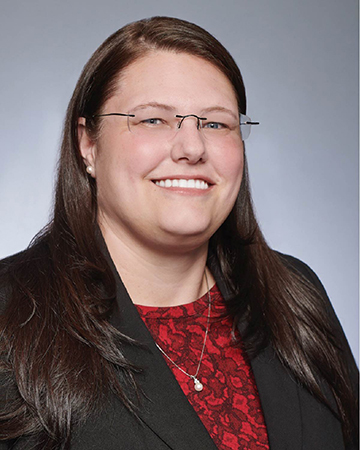 Lara is an energetic and transformational leader who drives engagement and success in the people and organizations in which she is involved. Lara is the Director of Nitrogen Accounting and Corporate Shared Services at CVR Energy where her primary focus has been on continuous process improvement. Prior to joining CVR, Lara led the United States’ Finance Department for Dutch-based SBM Offshore N.V. where she was focused on transforming finance from a back-office function into a valuable and vital partner to leadership, operations and support services. Lara is a certified public accountant and holds a bachelor’s and master’s degree in Accounting from the Texas A&M University system.

Kari Smith is a professional in the interior design industry serving residential clients. Kari is also the Co-Leader of Houston Furniture Bank D.I.V.A.S (Desigining Interiors, Volunteers at your Service). Prior to her work in interior design, Kari was a commercial banker at Wells Fargo Bank, serving clients in the Large Corporate sector. Kari has also served in volunteer leadership positions at The Museum of Fine Arts, Houston and Texas Special Olympics. Kari is a graduate of University of Texas at Austin, receiving an undergraduate degree in Finance from the School of Business. 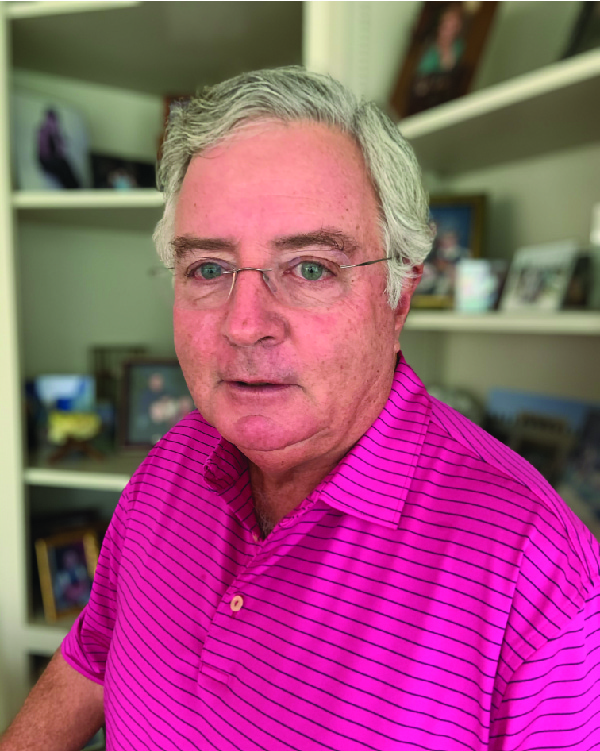