“Houston Furniture Bank Would Not Be Possible Without Jodie Hoffer.”

Houston Furniture Bank is celebrating the life of one of our greatest supporters. Jodie Hoffer passed away on Tuesday, December 8th, surrounded by his children at the age of 91. Hoffer was a devoted family man, a business titan, and a lifelong philanthropist. He was a pillar of the furniture industry in our city, using his considerable knowledge and connections to build a lasting legacy.

Jodie Hoffer was the champion of many worthy causes including the March of Dimes, Baylor College of Medicine and the Huffington Center on Aging, the “I Have A Dream” program of Lamar University, Houston Livestock Show and Rodeo, Houston Grand Opera, and the Greater Houston Partnership.

Houston Furniture Bank Founder Oli Mohammed first met Jodie Hoffer when another longtime supporter, Pam Goodfriend, took him to a meeting of the Houston Apartment and Relocation Services (HAALS) at Hoffer Furniture on Richmond Avenue in the early nineties. Already a veteran leader in the furniture industry, Hoffer was intrigued by the idea of a furniture bank. Soon after meeting Oli, he stopped by the organization’s very first space, 10,000 square feet in the old downtown Foley’s. Houston Furniture Bank had just received a large donation from several area hotels that were also early supporters. “From that day on he never left,” said Oli Mohammed. “From what he saw that day, he knew that this idea of a furniture bank was possible and saw what we could do together.”

Jodie Hoffer’s sustained support of Houston Furniture Bank took many forms. He was instrumental in its foundation, served as Chairman of the Board, organized 3 fundraising galas, and helped secure on multiple occasions the space to carry the mission of “Making Empty Houses Homes.”

In 1999, Jodie Hoffer and Oli Mohammed traveled to Orlando where they became founding members of the National Furniture Bank Association, attending two days of talks and meetings. Oli Mohammed recalled that Jodie was the only attendee representing the furniture industry. “He really listened,” Oli remembers. “Jodie wanted to understand the need. He believed in what we were doing.”

Jodie and Maryann Gibson Hoffer were instrumental in the opening of Houston Furniture Bank’s first social business, “the Bargain Bazar” which opened in 2008. Maryann herself proposed the name. “Jodie was very forward-thinking in that he got our outlet center open. He made it happen,” recalled Hal Lynde, Houston Furniture Bank’s Chairman of the Board. After the opening, Jodi worked almost every day as a furniture salesman. “He did not let one customer go by,” remembered Oli Mohammed. Even in the sweltering summer heat, Jodi volunteered his time. Oli Mohammed remembers those early years, “For two years he was there every day. That place was so hot during summer. Outside it was 100 degrees. Inside the building it was easily 120. Jody Hoffer was there all the time, every day, all year round. So one day I asked him. I grew up without air conditioning. It doesn’t really bother me that much. How do you do this? ‘Oli, he told me, ‘I grew up without air conditioning too.”

Anyone who had the pleasure of knowing Jodie Hoffer understood that he was made of strong stuff. Even when he and Oli were robbed at gunpoint at the original Bargain Bazar, he took the experience in stride and continued to volunteer his time regularly. Today, Houston Furniture Bank is an established Houston institution. Not only do we have air conditioning in our furniture outlet, this year we opened our second location. Through all of this, Jodie Hoffer was with us. “He was extraordinarily loyal,” said Hal Lynde. “From starting out to the good times to the very difficult times, he was always in our corner.”

For 28 years, Jodie Hoffer was one of Houston Furniture Bank’s greatest champions. He shared the value of the work with his many friends and colleagues. He personally helped the organization get through very difficult times and planted the seeds of friendships that continue to sustain us, sharing his belief in us with those who believed in him. In November of 2012, Houston Furniture Bank honored Jodie’ service at the “Home is Where the Heart Is Gala,” celebrating Houston Furniture Bank’s 20th anniversary, alongside another pillar, Ann Cummins.

In January of 2020, before the outbreak of the coronavirus pandemic, we had the honor of sharing with Jodie for what we did not yet know was one final time. A group of twenty Houston Furniture Bank supporters and staff attended the Great Day Houston show. Jodie sat with Oli Mohammed in the studio audience and cheered him on as he spoke on air about the “No Kids on the Floor” initiative. We were so honored by his presence and his continued support, even at the age of ninety.

If you would like to make a donation in his memory, please include a note. 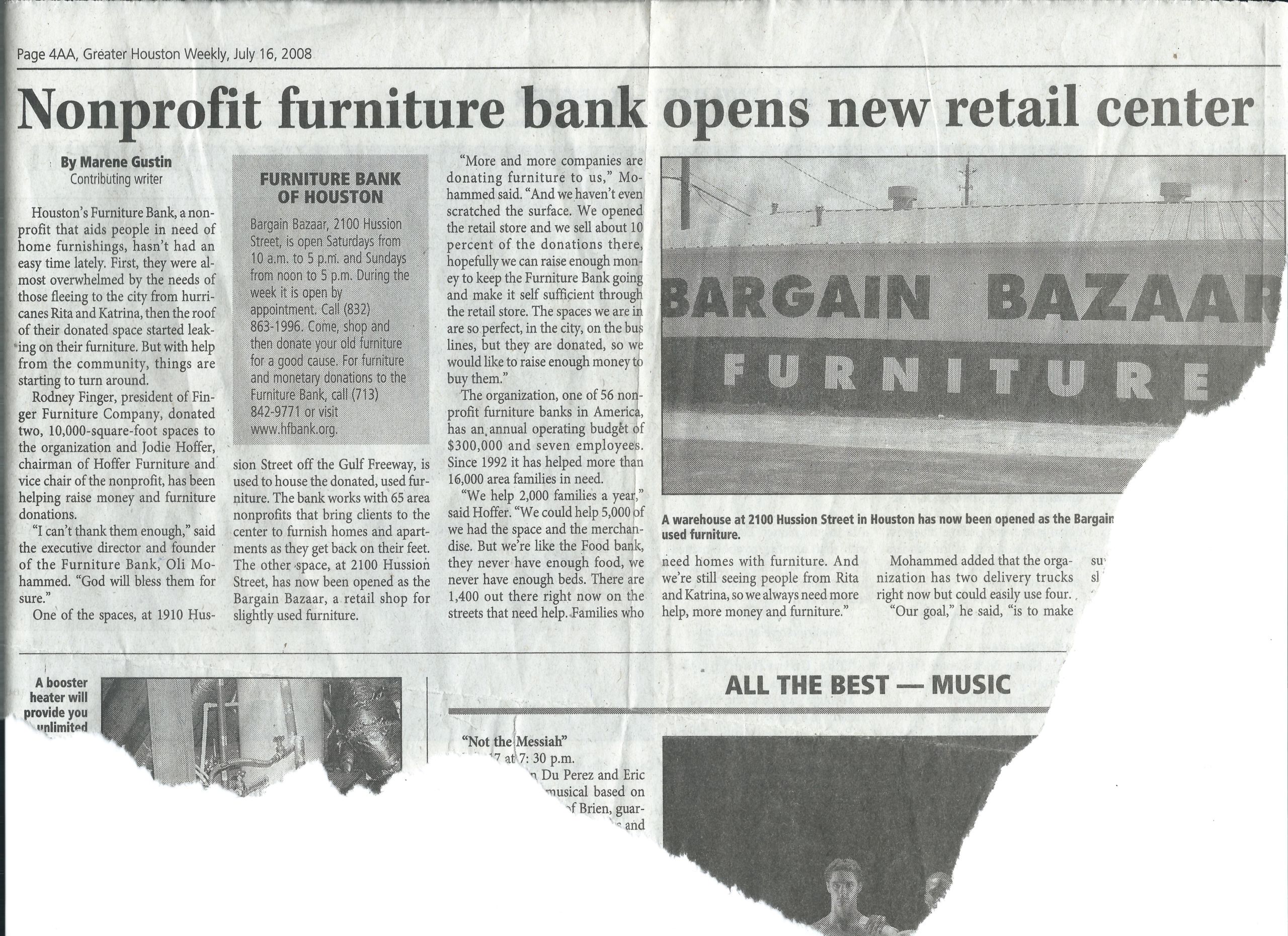 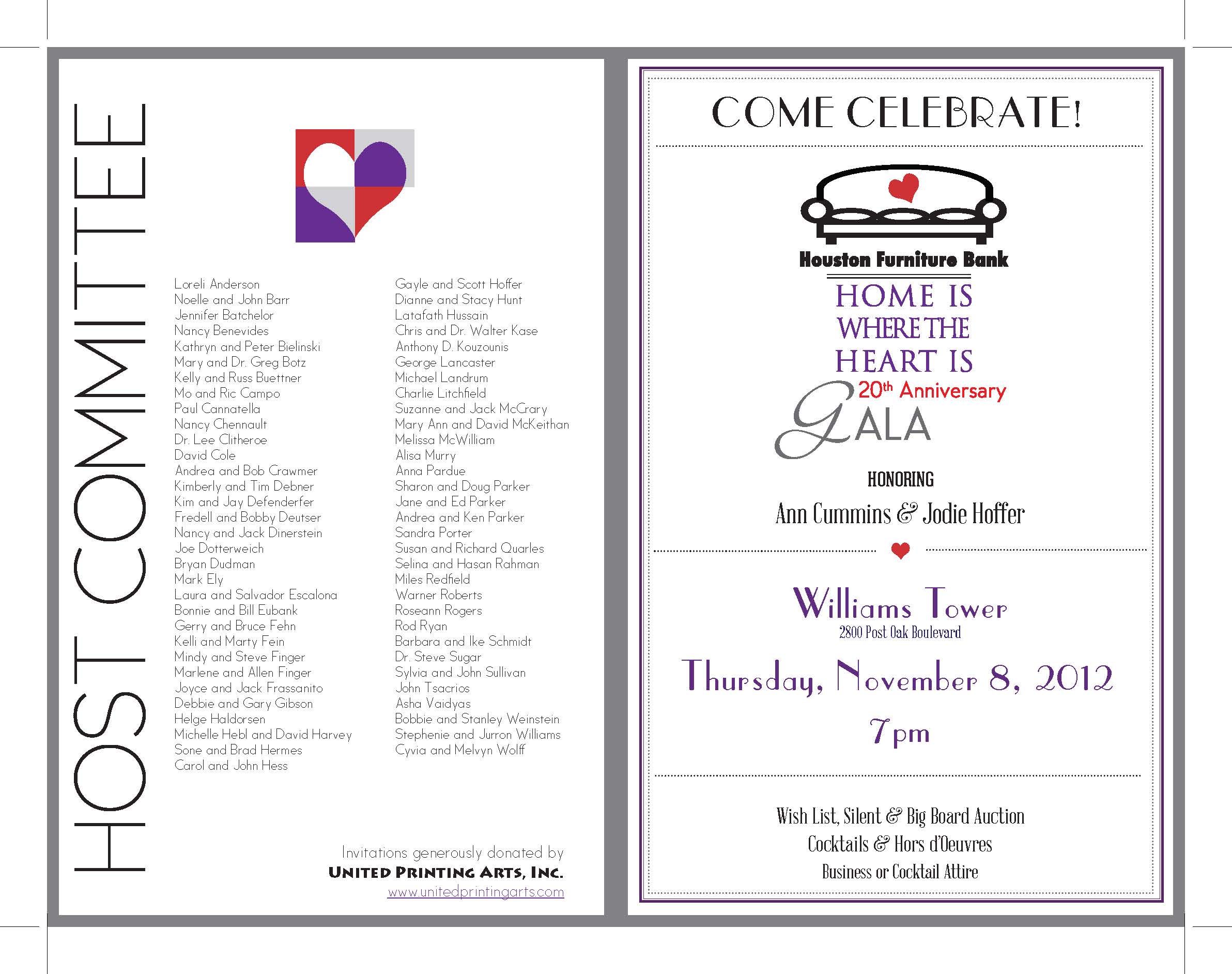